From a young age, I developed a condition called Trichotillomania, which involved recurrent hair-pulling. Later on, in my teenage years, I developed Dermatillomania, which involved picking of the skin. Both Trichotillomania and Dermatillomania are severe medical conditions classified under Obsessive-Compulsive Disorder. In my circumstances, these disorders were very disruptive in day to day activities. For 17 years, these involuntary, compulsive behaviors were constant sources of anxiety.

Why do these anxiety acts always linger?

First impression
Rather than being blindly given prescribed drugs and not understanding the root of the problem, I began to do my research on both behaviours and their remedies. I find it ethically contradicting that the medications used to fix me or other people globally, are expensive and most of all, addictive. Considering those times where I couldn’t access the pills, I remember my anxiety level was always high and my behaviours only increased –the next thing you know, additional problems such as insomnia starts coming along the way, topping up more problems. I felt helpless because I couldn’t feel “well” without those drugs, but at the same time, those so-called medications were also bad for me in the long term. After 1 years of substance attempts on fixing my anxiety acts, I started to question whether these medications or pills were truly right for me.

In order to improve the compulsive behaviors caused by my anxiety, I began to seek for possible natural solutions. After a trip to Europe in early 2019, I discovered cannabidiol(CBD) and began to devote myself to the research of CBD botany, theory, extraction process, CBD product manufacturing process and physiological function research.

How can CBD help the human body?

CBD is very commonly used and regarded as a nutrient to improve the overall health of the body and mind in Europe and the United States. Different types of CBD products are available for different functions and usage.

This compound can be incorporated into our daily work to maintain physical and mental balance, promote optimal performance, help restore health after strenuous exercise and improve overall quality of life.

CBD has these beneficial effects because cannabinoids interact with the body’s self-regulating system, which indicates CBD passes through the endocannabinoid system(ECS) to naturally regulate and maintain internal external body balance.The beginning of research and investigation. The beginning of research and investigation.

In recent years, almost everyone has mild to high "urban diseases"- such as: Insomnia, anxiety, compulsive behaviours caused by anxiety, depression, muscle fatigue, internal inflammation, skin allergies (eczema), etc. The number of people suffering from "urban diseases" world-wide is increasingly unabated every day. "Urban diseases" do not limit to cause damage to one physically-instead on a deeper level, but also mentally.

The general products in the market that can treat the above are all products that are artificial substances or unnatural. Using a Chinese metaphor-"Treating the symptoms but not the root cause" is a core reason why “Urban diseases” are repetitive and linger.

With deepening research and the study of Chromatography, Oriental Wellness Studies and Chinese Medicine, I began to integrate the thought of "respecting and synchronizing the power within a nature" – which is a common concept that is applicable in universal industries and fields.

Plant Material Extraction refers to the extraction of ingredients in the original state of organisms/plants. It is mostly used in diet therapy, nutrition, health preservation and extracts everything from whole organisms/plants as much as possible. For example, seeds can be extracted into oil, food, supplements, personal care products (including soap/shampoo/skin care products/universal cream, etc.) The stems can be transformed into clothing, hemp rope tools, and paper. The leaves or petals can be used as pet supplies and supplements.

If products with natural ingredients can be used to deal with the "urban disease" that has been entangled for many years, will our physical balance and mental health be-better after long-term use?


This was how C-Hemp's initial CBD products emerged.


1) Refusal of chemical manipulation to promote the interaction between cannabinoids and the body's self-regulation system to the extreme.
2) Minimise dependence on non-natural ingredients products or drugs, and dependence on too much hinders the human body from exerting its own functions.
3) Create a good personal habit and environment for yourself to practise living rituals for mental health can naturally be maintained for a long time.

Along these three principles, investigations on countless customers, stringent ingredient screening and research and development of the preparation method, our PM FORMULA series formulated to help cope with sleep problems was then launched. 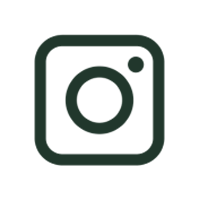 C-HEMP Hong Kong does not sell or distribute any products that are in violation of the Dangerous Drugs Ordinance under Hong Kong Legislation. This company does not sell or distribute any products containing THC and its derivatives. The products listed on this website is not registered under the Pharmacy and Poisons Ordinance or the Chinese Medicine Ordinance. Any claim made for it has not been subject to evaluation for such registration. This product is not intended to diagnose, treat or prevent any disease.For specific health conditions or concerns, C-Hemp recommends consulting a healthcare professional before using CBD products.